The Glass Drawing Room was dismantled when Northumberland House was demolished in the 1860s, but some of it was saved.

The chimneypiece and furniture can be seen at Syon House, and one of the glittering glass walls from the room is on permanent display in the Victoria & Albert Museum's wonderful new British Galleries. Alongside it is a 1/12 scale model I made for the museum to show what the complete room would have looked like. 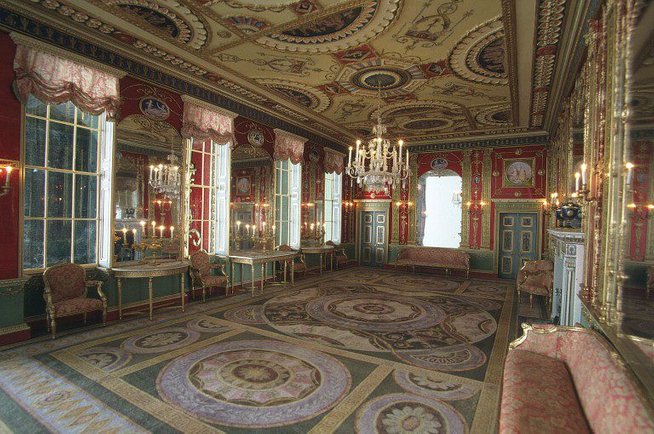 In 2005 I was commissioned by the Greenwich Foundation to make a model of Christopher Wren's Painted Hall, showing Lord Nelson lying in state. This is on display in the Painted Hall in Greenwich.

I became very interested in Nelson's extraordinary state funeral, and decided to make a limited edition miniature replica of the magnificent state coffin using oak salvaged from HMS Victory. Each miniature coffin measuring 8cm long is made of Victory oak decorated with fine gold plated emblems and ornaments on a rich black velvet ground. It is presented in an elegant black and gold leather case, lined with cream satin, with a gold inscription inside the lid. Every limited edition coffin is issued with a certificate of provenance, giving the edition number and guaranteeing the origin and authenticity of the Victory oak.

A special In Memoriam booklet has been produced to accompany the coffins. It contains a collection of newspaper reports, eye-witness accounts and contemporary images of Nelson's extraordinary state funeral, and captures the astonishing outpouring of public grief which followed the news of Nelson's victory and death at Trafalgar two hundred years ago. 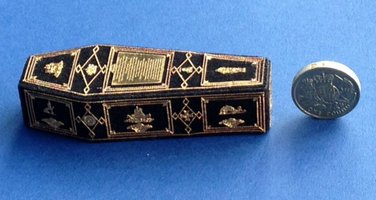 Lord Nelson's Coffin, made of oak from HMS Victory